This is a Steinway square grand from 1870, a super rare find in the Okanagan! In the 1800s, Steinway square grands were designed to be tuned at A435, so the owner and I decided to tune it like that, a lower pitch than pianos are usually tuned today (A440 which is International Standard Pitch).

In the 1800’s piano innovation was at it’s height. Piano makers were continuously trying to create more volume, wider range, cheaper instruments, different shapes, more responsive actions, the sostenuto pedal… the list goes on. Square grands were very popular in the Victorian era, then, In the late 1800’s the upright piano started to take over, they were smaller and more practical for the home. Piano manufacturers stopped building square grands around 1890.

Concert pitch or International Standard Pitch was going through an evolution during the same period. Throughout the history of western music, concert pitch has changing wildly. It’s a bit of a mental leap, because we think of tuning as we know it today as normal, but concert pitch has been rising steadily – from about A set at 377 Hz in the Middle Ages, to A set at 440 Hz at present, which is about two and a half semi tones higher. This increase in pitch was done as an attempt to create a brighter sound. In string instruments a tighter string (and therefore a higher pitch) actually creates larger amplitudes in the harmonics as well.

The piano I tuned here was going to be featured in an early music recital in which the other instruments were also tuning to a lower pitch appropriate to the era.

The history of tuning in western music might be a super piano nerd thing, but I find it pretty interesting. If you want, here is a little essay I found on the subject: A Brief History of the Establishment of International Standard Pitch A=440 Hertz  by Lynn Cavanagh 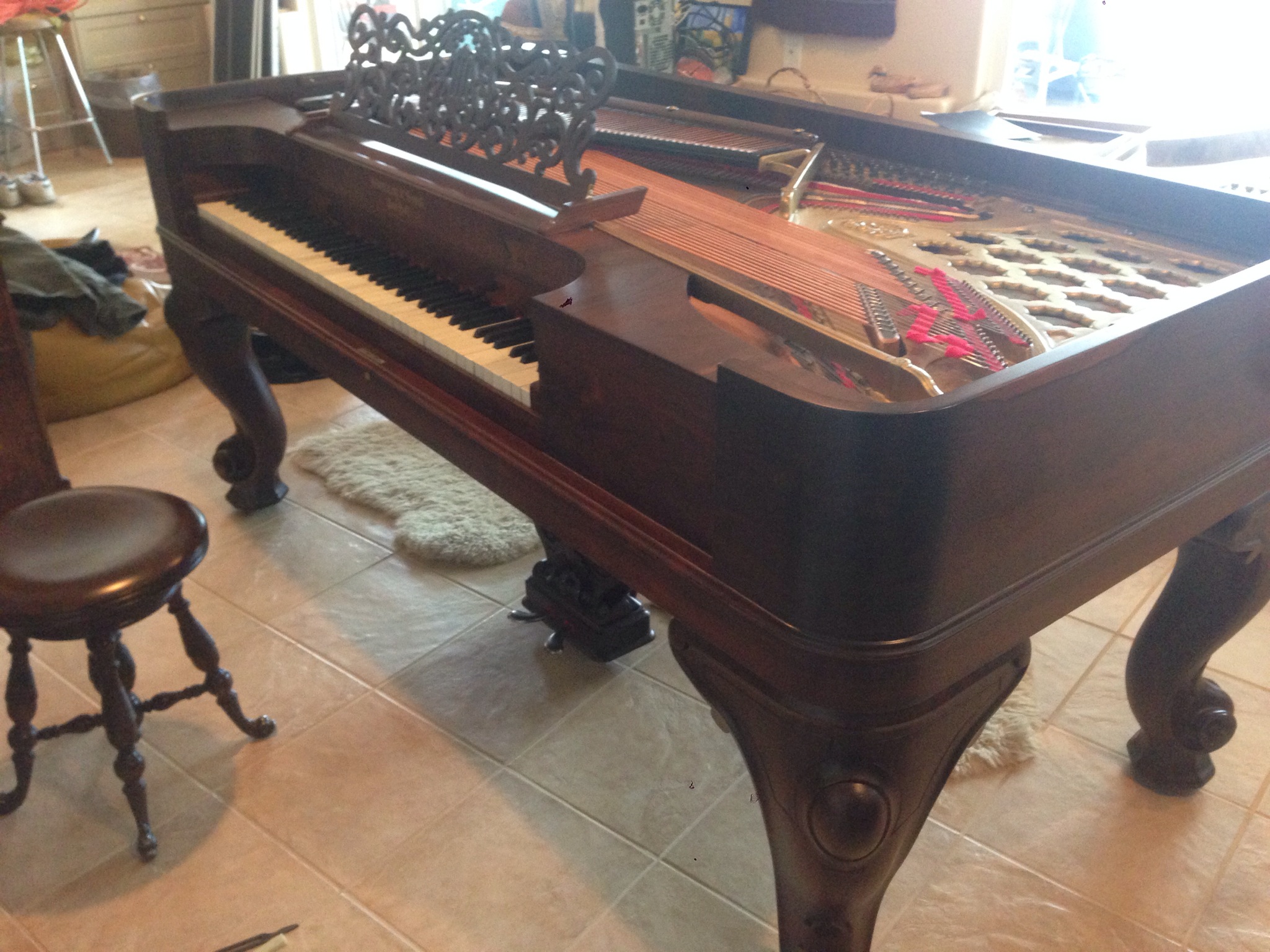